How to Get Into Filmmaking

People keep asking me the same questions recently. They’re looking for a way “in” so they can make films. Well, let me tell you something: there’s no single, identifiable entrance to the game. You have to find your own way, you know?

That being said, I can offer suggestions on how to get started. Keep in mind, these are suggestions from a girl who’s still getting started as a filmmaker — so it’s free advice that’s probably worth every penny. Get me? Take these suggestions as you will. Keep the convo going in the comments.

Here are some suggestions for getting into filmmaking.

I’ve been listening to Kevin Smith’s audio book. It’s awesome. I wrote a little about it here.

Read anything you can about filmmaking. Twice. Memorize it. Internalize it. Then forget it and move on.

There are so many things published about filmmaking: online, in print, on DVD extras, etc. You can school yourself pretty well these days if you’re willing to put forth the effort. Find a way to digest anything you can about filmmaking, and you can learn a lot. You’ll learn about the decisions a director made on set, how a producer saved the entire production with one small change, where to get reliable industry news, and why an actress was attracted to a particular role. It’s fascinating stuff! Hollywood is full of great stories.

I suggest you read it, re-read it, and eventually forget it because creativity is a strange beast. Some people spend their lives wrangling that beast called creativity. It’s a tough game. You may need to feel like you’re creating something original, and that’s hard to do if you have everyone else’s voice in your head.

Learn as much as you can from others, then forget it. Make your own path. Find your own voice.

Join (or create) a filmmaking group

We live in a social media world, eh? If you want to find a group of film-minded folks, you can probably find them online and then take those conversations to the real world. Do a twitter search about filmmaking, then follow the people talking about it, and join the conversations. Do the same with film message boards. Or find a group on meetup.com that meets IRL to make movies. If you search and can’t find what you want, then create your own, like I did with TriFilm. Folks might be waiting for you to take the lead.

There are plenty of filmmaking conversations happening in real life. Make time to attend. When you get to the event, introduce yourself, and meet people. Ask them about what they’re working on or dreaming about doing. Offer to help.

Do some investigating about your local film community. Look for opportunities. Opportunities are almost everywhere but, keep in mind, they’re typically disguised as work. If you want it badly enough, you could make something happen.

Also. I post a list of events happening in North Carolina on a monthly basis. (Check out the list of January 2013 film events.) Watch this website for that info, and tell me you appreciate it (to keep it going). Or if you know about great events and want to spread the word, let me know and I’ll add them to the list. I may even attend, take pics, and blog about it later like I did recently with the Full Frame / Triangle Tweetup.

Volunteer to work for free 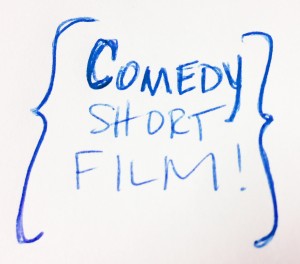 I’m making a short film. You can help with it. Here’s how.

One of the best ways to learn about filmmaking is to work for free. Learn your skills / talents, and then offer them to others for frizzle. Do a great job. Show up on time. Stay late to clean up if it’s helpful. Be incredibly professional every step of the way. Don’t talk smack. Be honest. Work really hard. It’s pretty simple stuff.

Working for free creates opportunity. When money’s involved, it tends to complicate things. It changes expectations, attitudes, and results. Sometimes it can change things for the better, and sometimes it doesn’t. (“I’m paying him such and such, the least he could do is blah blah blah…”) Offering your time, talent, and expertise for free is a great way to reduce the risk of working together.

If you do work for free, be warned. Don’t expect anything in return. And expect that you could get burned along the way. Not everyone you meet will be professional, kind, and compatible on a project. That’s just how things go.

It’s also a good idea to be really clear about your expectations. It’s good to put those things in writing. Send an email to confirm what you’re willing to offer and what you expect in return. For example, “I”m so happy to be an extra in your film, and I’d appreciate my name being listed in the credits.”

Don’t be a jerk. Do be straightforward. It could save a few headaches along the way.

I made a film. Learn more about Abandoned Allies.

Make your own film

So anxious you just can’t wait to make a film? Then do it. Filmmaking is a challenge but you can figure it out. Sometimes a strong will is greater than experience or education. (Sometimes.)

Don’t wait for someone to hand you the ideal filmmaking package complete with a sweet budget, delightful script, and the grandest cast and crew on the earth. You’d have a better chance at winning a multi-million dollar lottery. Most folks will tell you: it ain’t gonna happen.

So make a film yourself using whatever you’ve got. Use your iPhone. Borrow a friend’s camera. Scrounge up some money and rent a camera. Rally your friends and make a film — anything.

Learn from mistakes. Then make another film. The next film you make will, hopefully, be better than your last one. Plus, if you’re learning lessons the hard way, you’re not likely to forget them.

Make your own path

Look. I’ve made one film. ONE. So take these recommendations with a grain of salt because — really — what do I know? I’m still figuring it out. You’ve gotta make your own path. You’re smart. You’ll figure it out.

UPDATE (12/9/2013): Since publishing this post, I’ve made a few more films. I’m in production on a new documentary. And I’ve written more on the subject of getting into filmmaking. Check out How to Get Into Filmmaking (Continued). If you’ve got questions about getting into the film industry, be sure to ask in the comments below!