Two Docs From Full Frame 2014 You Must See 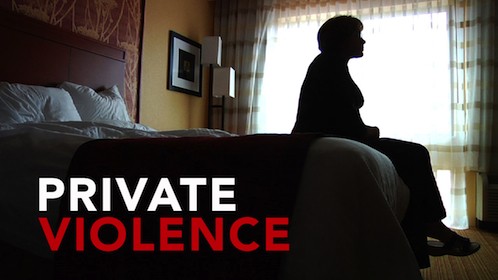 The 2014 Full Frame Documentary Film Festival came to a close about a month ago. I have been replaying it over and over ever since. It’s a festival that keeps me going all year long.

Some of my friends have asked me about the films I watched at this year’s festival. If you missed out, there are two films you must watch. Bear in mind, I didn’t get to see all of the films screened this year. These are two faves out of the handful I saw.

These two have ties to North Carolina and are supported by the Southern Documentary Fund. While that might make me seem biased, that’s not why I’m selecting them for this blog post. I feel like a great film — like a great beer — should be so good that it speaks for itself and earns a recommendation. These films do that.

Both of these films have stayed with me in the weeks since I saw them at Full Frame. I can’t stop thinking about them, recommending them, and following them online. You must watch them — as soon as possible.

This film explores domestic violence and the complex reasons someone would willingly stay with an abuser. The story is centered around two women, both of whom are survivors of domestic violence. It’s an intimate look at a complicated subject matter — told in a caring and respectful way.

It’s moving, powerful, and enlightening. I can’t stop thinking about this film. Make sure you see it ASAP.

I will add that this was directed by Cynthia Hill and shot by Rex Miller, who brought us A Chef’s Life. The show is about a restaurant in eastern N.C., which is helping rejuvenate the area. They just won a Peabody Award, so congrats to them! I first heard about A Chef’s Life at Alice Fest 2013, where it was screened long before it was picked up by PBS. So now you’re in the know, too! 🙂 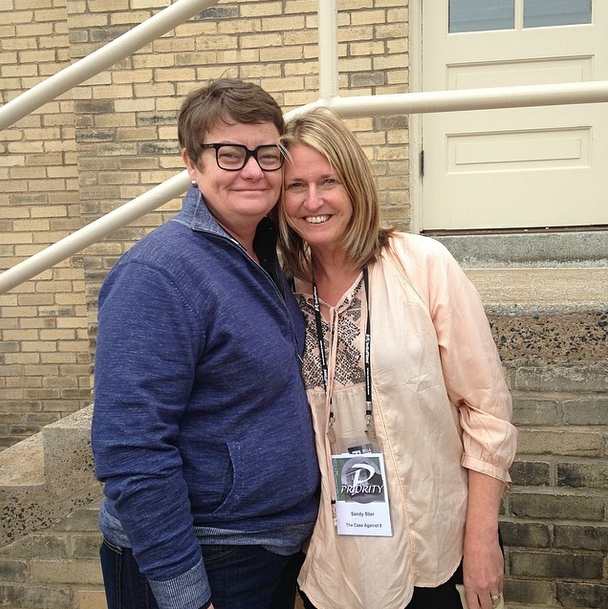 Kris and Sandy were featured in The Case Against 8.

This documentary follows the story of an epic battle against Prop 8, legislation that banned same-sex marriage in California. For five years, the filmmakers followed the attorneys and couples hoping to get married.

Kris and Sandy (above) were subjects in the film. I took this photo at the festival as they waited in line for the awards BBQ. They’re such rock stars.

The Case Against 8 is such a caring look at equal rights for marriage. It sheds light on a subject that some people feel is an open/shut case. This film shows us that marriage is for all of us — whether we’re gay or straight.

In North Carolina, the people voted to pass Amendment One recently. No matter how you voted on Amendment One, you need to see this film. It will help you better understand what marriage equality means. 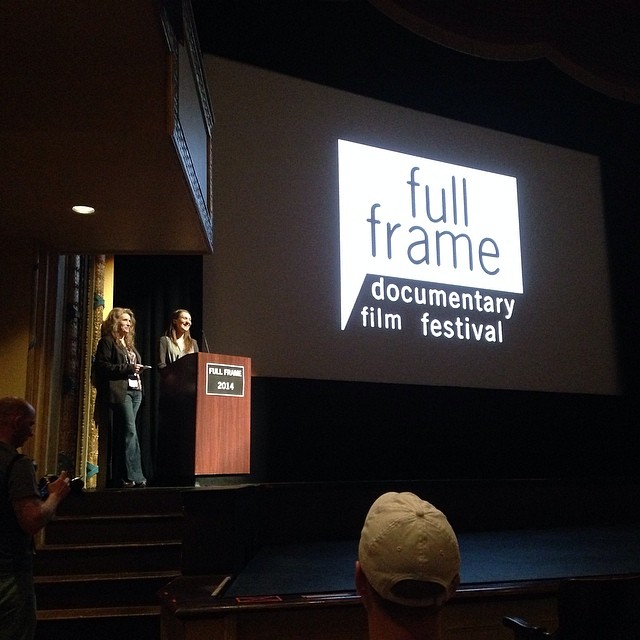 Mark your calendars now for the next Full Frame Documentary Film Festival: April 9-12, 2015. It takes place in downtown Durham, N.C., each spring. The world-renowned festival screens excellent docs, fosters wonderful conversations, and hosts visitors from all over everywhere. Get more info on buying tickets or becoming a volunteer at fullframefest.org.

If you liked this post, be sure to sign up for email updates. Use the form at the top of the page or in the right-hand side bar (also at the top). I send out a monthly email about my life as a filmmaker and how it’ll benefit you. These emails are more intimate than what I share here, and I’d love to have you in my inner circle.