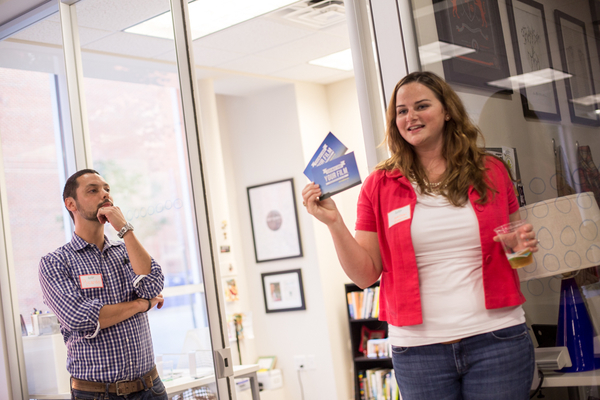 Film professionals gathered at the latest TriFilm social at Myriad Media in downtown Raleigh, N.C., on Thursday, August 28, 2014. It was a perfectly packed house. I hope you had as much fun as I did! 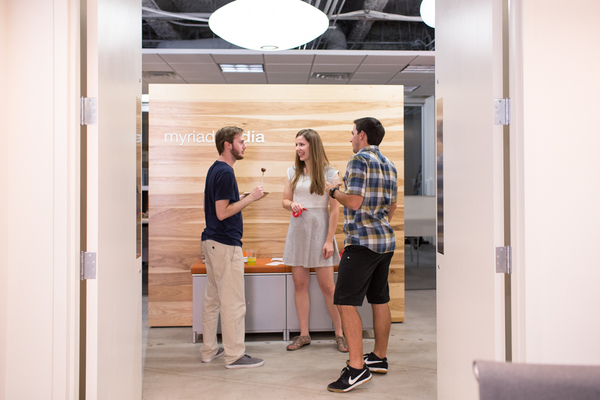 The TriFilm socials are organized by yours truly (Camden Watts) in collaboration with kind folks like the ones at Myriad Media. I’ve been a big fan of their company for a long time, and was so pleased they were willing to host us. They went above and beyond welcoming everyone and making them feel at home. Myriad Media provided the food, beer from Raleigh Brewing, sweets from Raleigh Cake Pops, and raffle prizes!

When I got the chance to work with Myriad Media in 2013, I totally geeked out. They were on set the first day we started shooting my next documentary, Brewconomy, which is all about North Carolina craft beer. Not only was I super stoked to have them as talent on set, I was especially excited because I knew that the people within their company really care about some of the underlying messages in Brewconomy: the care that goes into the craft, sustainable business practices, and (perhaps above all else) taking great care of “your” people. These are things that, as a filmmaker, I constantly look for in collaborations.

They do such great work. 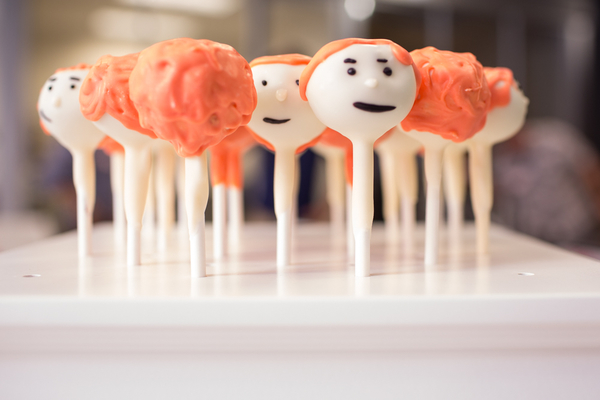 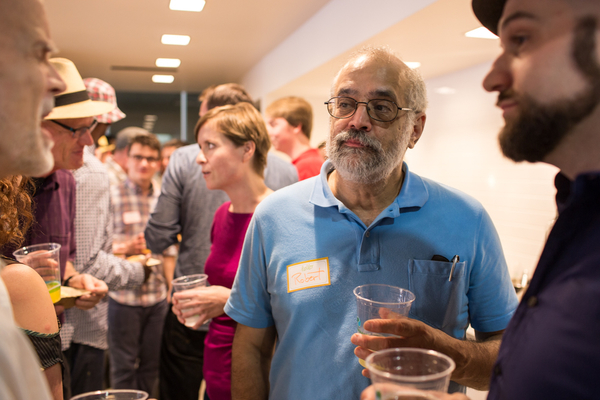 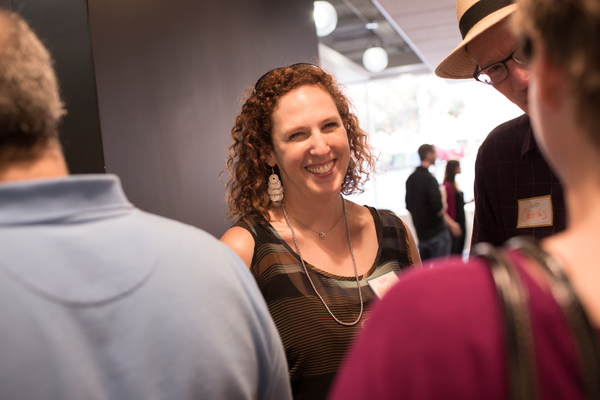 One of the great things about these socials is the chance to talk with local people in the industry. Yes, it’s “networking” but it never feels like that to me. It’s always more like grabbing drinks with old friends. I sincerely love hearing about what everyone’s working so hard on.

At this social it seemed like we had more new people than ever. It was so wonderful to meet new folks who’d just moved to the area and were trying to plug in to the local scene. I’m always sure to tell them that yes, indeed, we have a thriving community here! Fiction, documentary, and corporate film are all doing very well. It makes me really happy! 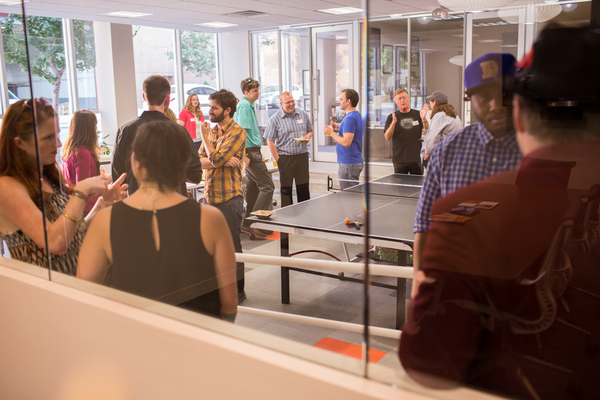 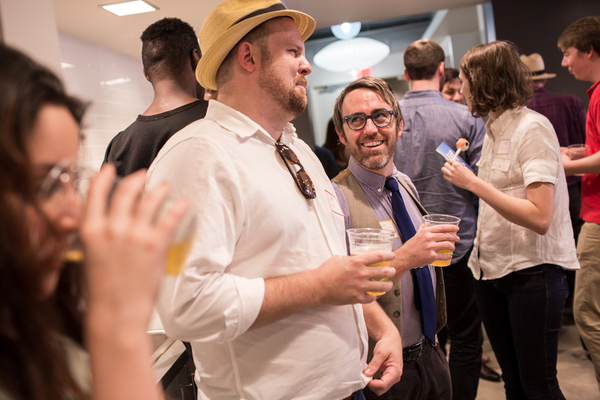 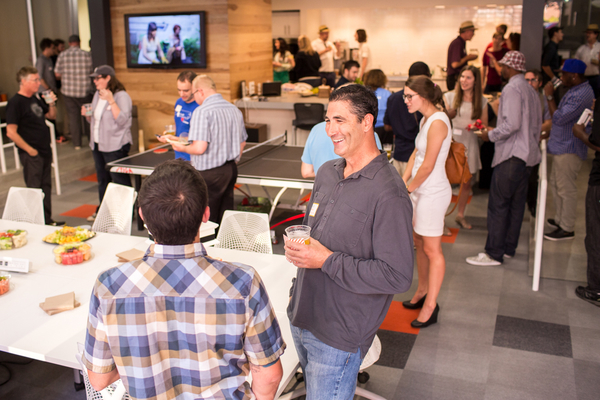 These socials were started as a way to introduce my film friends to one another. They were so much fun and were doing such great work; I wanted them to meet one another. So we set a date, time, location, and then tweeted about it. We opened it up to anyone who cared to join. (This was back in my early days of tweeting, mind you, when it was done via SMS on a Blackberry Pearl. Hah.) 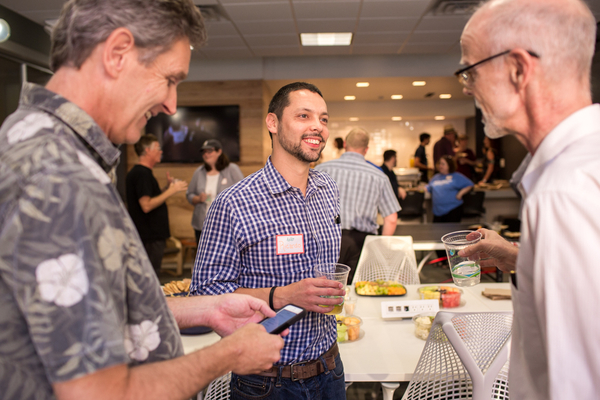 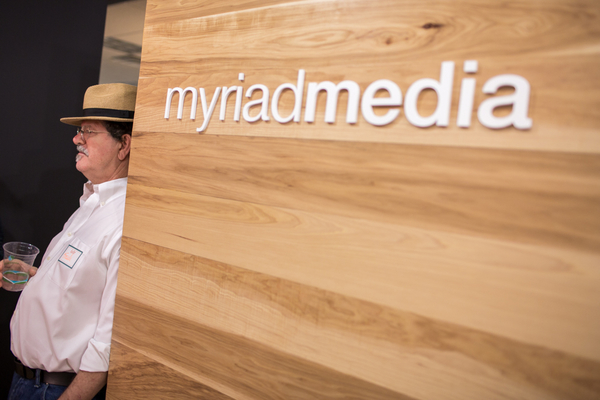 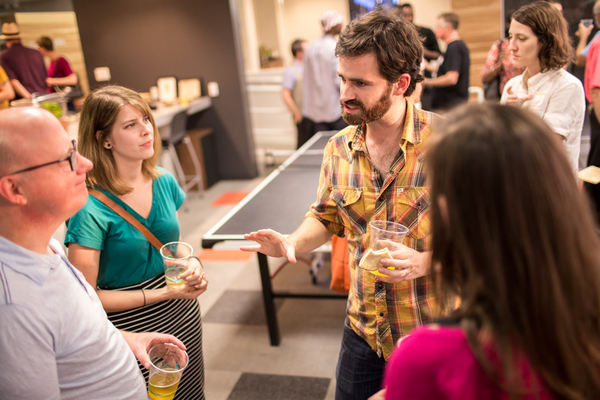 Last week’s social confirmed something I’ve suspected for a long time. The Triangle area is growing rapidly. There’s so much talent here. We have so many strong groups of filmmakers doing seriously incredible work. But it’s still a little tough to connect because the community is somewhat segmented here.

Let me be clear: I feel no competition among these very tightly knight groups. I think they’re AWESOME! The work everyone is doing is absolutely incredible. But wouldn’t it be great if we had a way to share resources, knowledge, and the work we’ve done together?

That’s why I’m working on something new for TriFilm. I’m here to serve. Honestly. I love this community so much, and I love seeing my fellow filmmakers succeed. I’m NOT good at a lot of things but working with my fellow filmmakers to help them succeed is something that brings me immense joy, and I crave more of it.

That’s why you should check out the new home for TriFilm: trifilmsociety.com.

What I’m working on is some seriously exciting stuff, and I can’t wait to share it with you. It’s going to be incredibly helpful to all filmmakers in the Triangle: no matter whether you’re just dreaming and don’t know where to start, or you’re a seasoned pro. This new home for TriFilm is designed with you in mind. 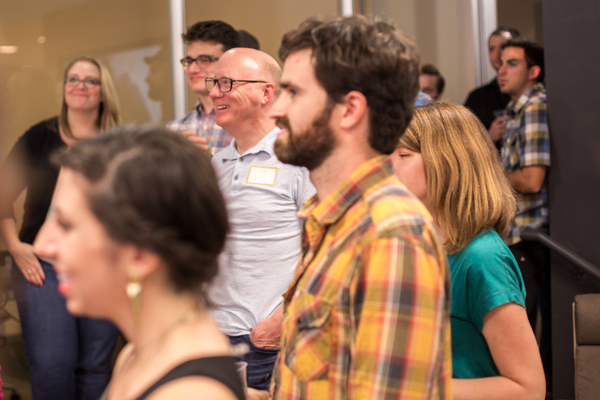 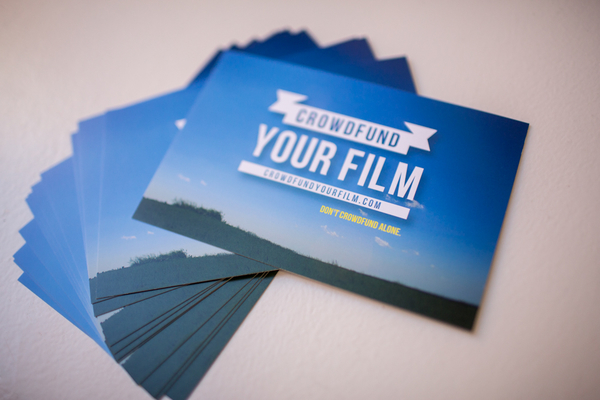 Something else I’ve been working very hard on is Crowdfund Your Film, a step-by-step guide to crowdfunding for indie filmmakers. This is a digital course I’ve created, packed with everything I’ve learned about crowdfunding for filmmakers while studying it for the last five years. It’s something I wanted when I was studying — but it didn’t exist anywhere. That’s why I’m making it.

All of my students will graduate from the course knowing exactly what they need to start crowdfunding for their film as soon as possible, including information about planning promotions and building an audience long before the campaign ever launches. This is how you become most likely to succeed in crowdfunding. I can show you how.

Registration opens SOON and the course starts on September 22nd. Sign up to get more information at crowdfundyourfilm.com. 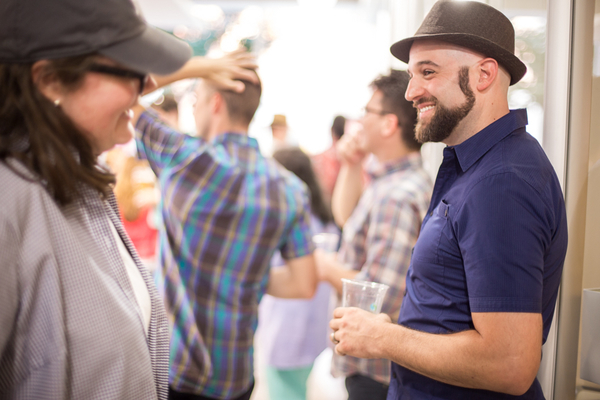 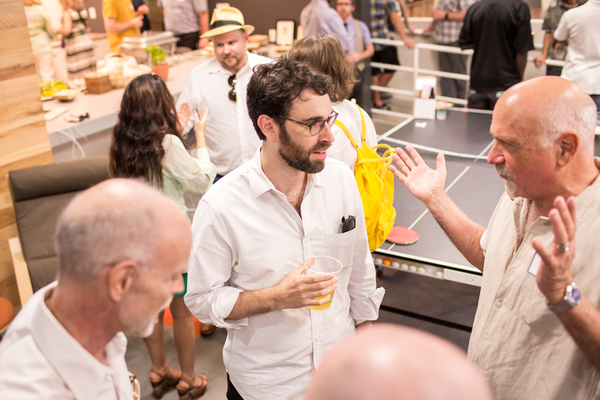 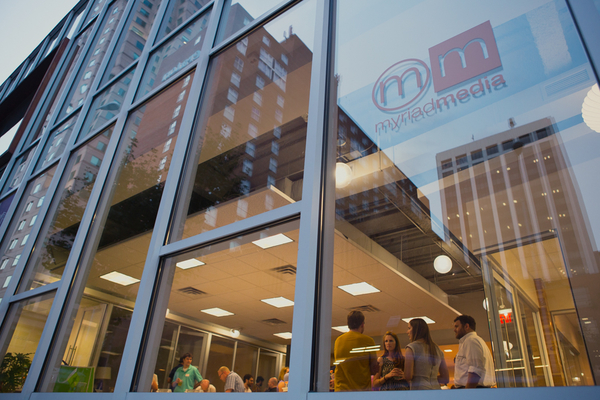 At the social, we were incredibly lucky to have the talented Alex Boerner be our photographer. He’s responsible for al of the gorgeous images in this post — the first time that TriFilm has had proper photography at an event, which is a real treat for me. Alex and I met last April when we were volunteering at the Full Frame Documentary Film Festival. He’s incredible photographer. Check out his work here: alexboerner.com.

Alex has given us permission to use these photos for personal use, but if you want to use them for something other than personal use, please connect with him for written permission. As someone who’s been a professional photographer for many years, I can tell how how much it hurts to have someone use your work without permission. It feels rotten. So do the right thing and reach out to him if you want to use these pics, mk? There’s a form at the bottom of his contact page to make it easy as pie!

Staying true to the TriFilm roots (a social that started with a hashtag), here are some of the tweets you shared!

Had a great time at the #TrIFilm social tonight in Raleigh. Thanks @cammicam and @myriadvideo for hosting and supporting local filmmaking!

This was a SOLD OUT social, which meant we had people on the wait list and hoping to get in at the last minute. It always pains me to turn folks away! We set a max on each event, however, so that we can mingle comfortably. It’s tough to move around and talk in a room that’s too full of people.

So make a mental note! The next time I post something about an upcoming TriFilm social and say “register early” know that I do it for you, not for my own health. We would love to see you there!

PS: If you liked this post and want to know more about my life as a filmmaker (especially, how it affects you), sign up for my free monthly email updates right here. They’re filled with information about upcoming socials, screenings, and works-in-progress. I’d love to give you the inside scoop!