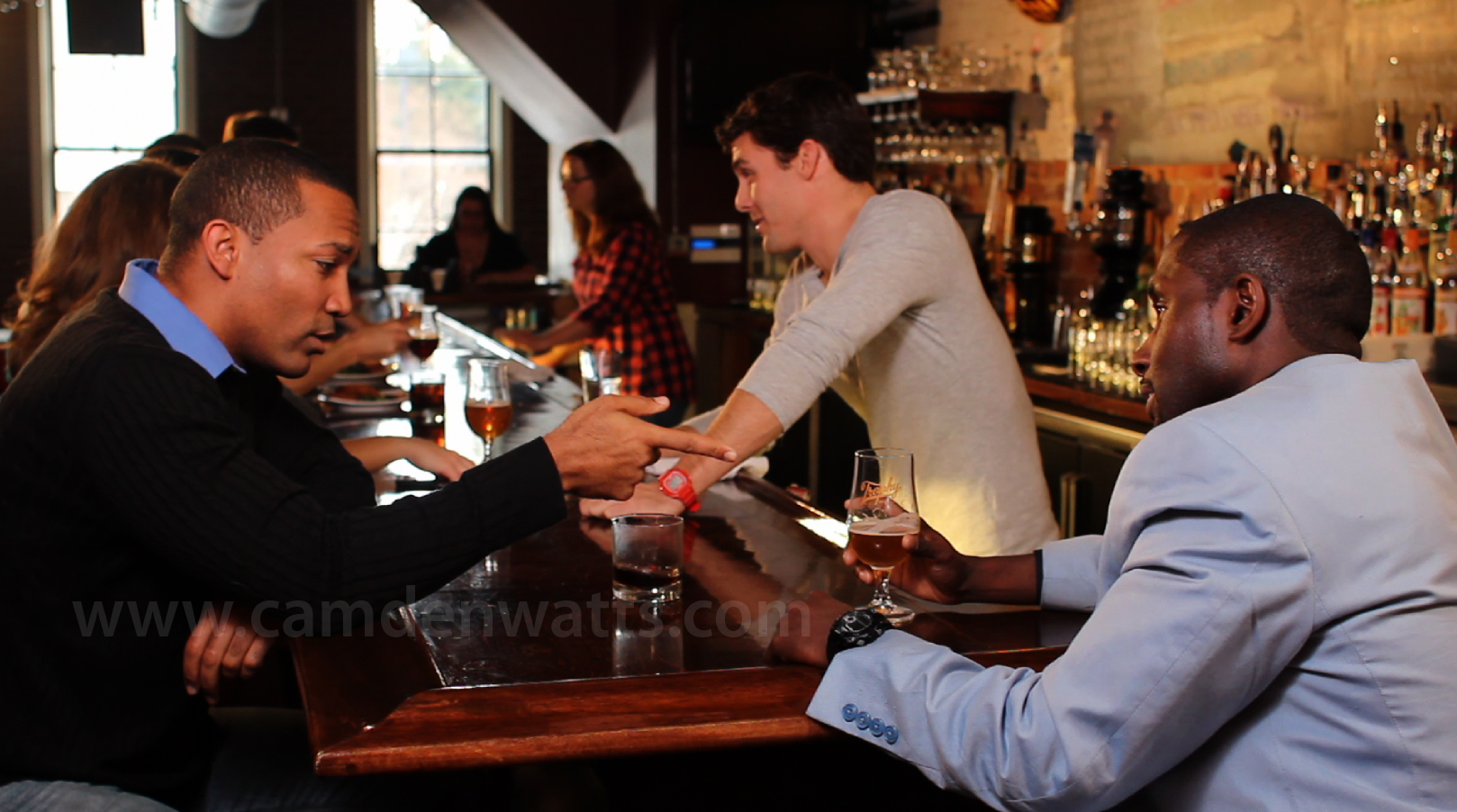 AK is a new short film I directed.

It’s an experiment in a lot of ways.

Logistically, I want to use this film to pave the way for creating other films right here in the South. My goal is to champion unique voices and stories; the kind of thing we really want to make but doesn’t get a green light in Hollywood. I strongly believe that now is the time and we have the strength as indie filmmakers to tackle that – but I’ll save those thoughts for another post.

It’s fun to write fiction that actually gets made into a film, especially one that I’ll direct.

Although I was a writer first and foremost, I’ll never claim to be a good screenwriter. It’s a very different set of skills than journaling, journalistic writing, marketing writing, and blogging. Leading the TriFilm Society screenwriting meetings has helped me learn a lot. As much as I love writing, I’m not a great screenwriter.

But because I’ve made feature-length documentaries (that take several years to finish), I usually need a short film to stretch different creative muscles.

In conversations, I tend to call these short films “palette cleansers” but, to be clear, it’s not meant to devalue these films. A palette cleanser film serves a very important purpose for me as an artist.

They take a lot of work, and they teach me so much. I use the term with a lot of adoration and joy, because I love the experimentation and discovery process of making these films. I feel most comfortable when we’re standing at the precipice, about to jump into the unknown together. (Probably why I loved doing improv so much.) It’s maddening and thrilling and terrifying.

When we wrapped Abandoned Allies, for example, I jumped into Trophy. It’s a one-minute short fiction film, a blackout comedy, about the moment you lock eyes with a stranger. (Blackout comedy, btw, means that you have a bit of set up, slow-paced exploration of something, then a joke and the lights immediately go black. I’ve always loved it.) The short film is named in honor of a brewery that was about to open by the same owner of the location we were using. 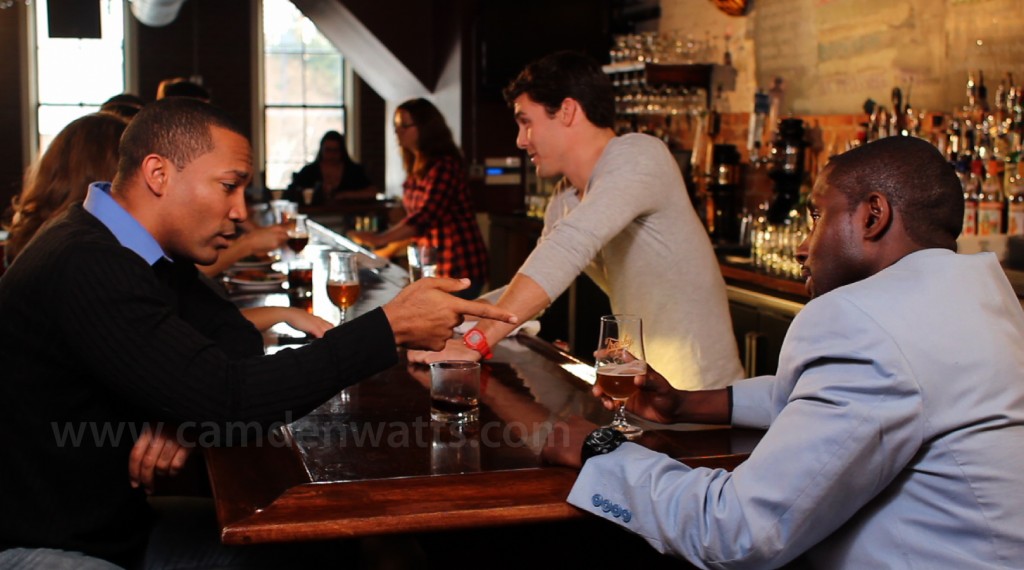 Screen shot from “Trophy” with Davion Dante, John Wilkins, and Mike Williams. (You can see me in the very back.)

Now that we’ve wrapped Brewconomy, I’m making the fiction film AK. This short film is probably going to be a total run time of less than five minutes, including the end credits. I’m so anxious to wrap, so we can share it with you.

In the film, there’s a fight scene.

The idea for this movie started over coffee with Davion, who was in Trophy. He’s interested in fight scenes, and had choreographed a few for short films. He also teaches self-defense and muay thai. I totally adored working with him on Trophy, and was sold on shooting action together.

The idea morphed a lot over time. I wrote a script, shared it, got a lot of feedback, edited, rewrote, and eventually started building our team. We had some really gracious, talented, and amazing people come on board. Then we set a date and started working towards it.

There were plenty of challenges along the way. But we got it shot, and now the film is in post. We’ve got plenty of new challenges cropping up, and we’re handling those as best we can.

The goal is to finish the film by the end of August, so we can start submitting it to film festivals.

One of the questions I frequently get is how I pick a film.

My decision making process is pretty esoteric, which is why I wanted to share some of the backstory about this movie with you. I do have a few guidelines to follow, but it’s mostly a feeling. I have to have an unshakeable faith about it, and that’s not something you can explain easily.

A big part of making this movie is the exploration of directing action, portrayal of women in action films, and a sincere hope that I could spend more time with each of these characters.

I tend to go into greater detail via email, where I don’t share things on the blog that can get misinterpreted as easily. You should join me there.