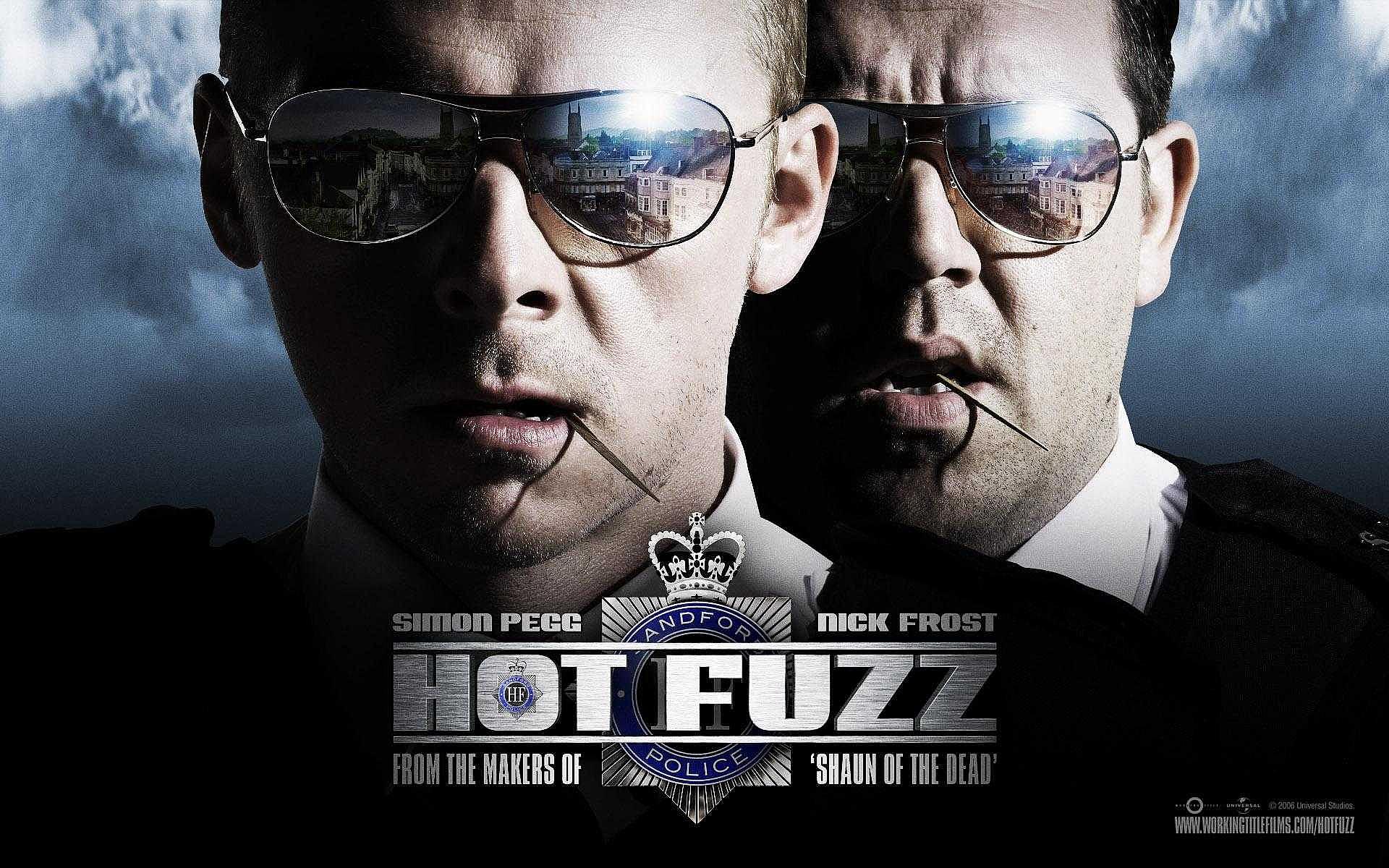 Recently, I shared some of my informal research findings.

While working on my new fiction film, tentatively titled AK, I looked for portrayals of women in fight scenes. Although I mostly wanted human characters, I also looked at instances of supernatural characters. (In other words, women who weren’t in a super hero movie with supernatural powers.)

What I found wasn’t exactly what I wanted for AK.

You can look through some of the reference material on the blog, if you want a closer look. There are some awesome fight scenes there, but they weren’t quite what I wanted to create. (Which is why I’ve been calling this a “blue duck film” in conversations.)

So, instead, I spent a lot of time looking at fight scenes in general – not only those featuring women. What I found there was much more exciting. (Note: This was prior to the release of Jessica Jones, Ghostbusters, and the new Wonder Woman trailer in 2016-2016. Those make me weep with joy.)

Here are a few of the things I really enjoyed. 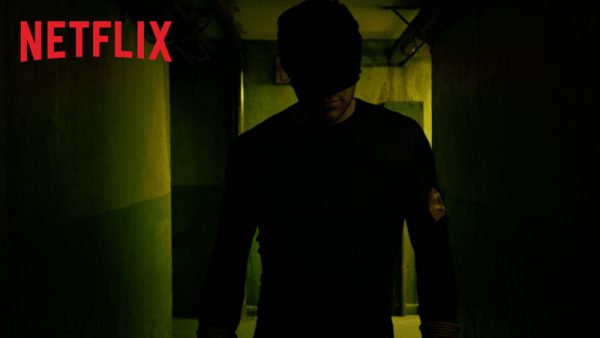 The show does not hold women in high regard, which made it tough for me to stick with it.

But one thing I really appreciated while watching the Daredevil was the cinematic approach. I really love the way it’s shot, even if it’s a little too noir for what I hoped to accomplish with AK. (Was I the only one that had to bump up my screen’s brightness to see what has happening?)

One of everybody’s favorite scenes from Season 1 is the hallway long shot.

The hallway long shot is so, so sexy. (Cinematically, speaking.) The entire fight is shot in one take, and it’s several minutes long. I’ve watched it about a thousand times.

Reading about the Daredevil scene in forums led me to another hallway long shot: Oldboy.

The hallyway fight scene from Oldboy is really great.

I like the comedic moments and camera movement. The camera follows the action left and right down the hallway, as if it were split in half and you could peer in. The camera moves with the main actor, as if he were a magnet to the lens. I’ve always been attracted to that kind of shooting.

Like the Daredevil scene, it’s pretty dark and greenish (depending on which version you view).

The Oldboy scene seems to be really popular among certain cinematographers, and it’s easy for me to see why. I fell in love with it. And I can see how it may have influenced / inspired the Daredevil hallyway fight that had me drooling.

That leads me to the next reference, a break down of Jackie Chan’s fight and film style.

Check out this break down from Every Frame a Painting.

I’ve watched this about a 100 times, and want to watch it about a thousand more times. Comedic action is something I’ve always loved. It’s really tough to do, and even hard to do really well. Mad props to anyone who tries it, and especially those who succeed.

This is a video found by my producer, and I’m so thankful he shared it with me before se shot AK in February 2016. It was in the back of my mind as we took the film to post-production, and every time we watched the latest rough cut.

That naturally leads us to a comedic action that I’ve long adored: Hot Fuzz. 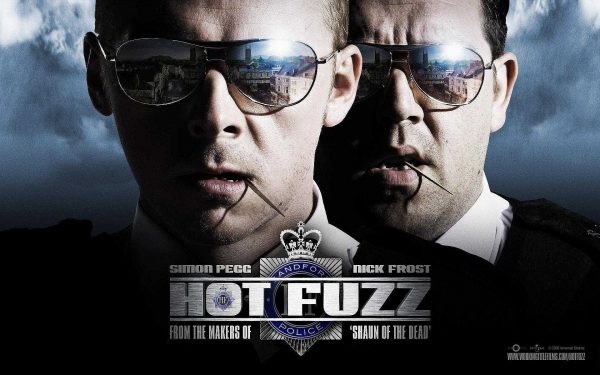 There’s an old career development question that goes something like this, “What movie do you wish you’d directed?”

Well, comedic actions are usually at the top of my list, including Hot Fuzz. I also loved Shaun of the Dead.Simon Pegg and Nick Frost are awesome. Plus, I also really love British comedies.

Now, is AK a comedy? Absolutely not. It’s a drama / action short film.

But, while researching, you can get into some little wormholes that lead to epiphanies. I hadn’t accounted for how much I absolutely love comedic action. It sounds idiotic because some of my favorite movies fall into that category – such as Dumb and Dumber or Ace Ventura – but, ya know, it’s hard to find your own way sometimes.

For years, I’ve been making documentaries and I was intensely focused on that style. Again, that’s why I love these short film challenges because it forces me out of my comfort zone. I love it.

Matt Damon as Jason Bourne (via)

The Bourne series is one of my absolute favorites.

The character is smart, grounded, and impressive. I dig that.

I’ve been watching and re-watching these movies for so long. When the newest one was announced for a 2016 release, I was thrilled Matt Damon was returning as Jason Bourne. And, yes, I went to the movies to see the new one on opening weekend. Woot.

My absolute favorite in the series is the first movie, The Bourne Identity (2002). It was directed by Doug Liman, who became a producer on the Ultimatum and Supremacy. Paul Greengrass directed the remaining movies.

There are a LOT of conversations about Greengrass’s style with the Bourne movies. It’s shaky, in your face, and rapid camera movement has become a signature of the series. Some give the movie / style a lot of credit, while other say it makes audiences want to vom.

One thing I love about film is how subjective everything is, which generates a lot of interesting conversations.

My take-away from the series is that I did not want the shaky, hectic camera movement for AK. In my opinion, it doesn’t serve our story well. It would make it too hard to follow what’s happening in the scene, and we want you to be able to follow it.

The Bourne character, on the other hand, is a retired assassin. Part of our joy is watching that character (and an actor in peak physical condition) totally destroy whatever obstacle is in front of him with calculated, patience, and fierce expertise.

The Dark Knight (via)

Jim Emerson does an excellent job of dissecting a sequence in The Dark Knight (2008) in “In the Cut, Part I: Shots in the Dark (Knight)“.

He cuts it apart shot-by-shot, pointing out things that I never noticed. When I watched the sequence in theaters, I felt like something was off, but couldn’t figure out why. This break down solves all of those mysteries.

Give it a watch. It’s really great.

The break down was something our team watched before we shot AK in February 2016.

It helped us think through our shot list and camera placement. We had one weekend to shoot, and needed to walk away with enough footage to piece together our action sequence.

Our short film will be less than 5:00 minutes (total run time), and it took a lot of work to get everything in order for that shoot. (More behind-the-scenes details coming soon.)

Get really clear on what you want, why, and how you’re going to shoot it. I’m getting better and better with every new film we shoot. Still plenty of lessons to learn.

The action is the story. Every tiny detail and movement counts. Where you place the camera and how you move it must add to that story, too.

Giving a wide shot to show the setting, then going in for close-ups, and coming back out for a wide shot seems to work. It will help audiences follow the action, and therefore follow the story.

Shane Hurlbut once called it “expansive intimacy” when I spent three days in a workshop with him. I love that notion.

Fights, like a dance, have a rhythm. Editing to that rhythm is key, and it helps to build emphasis on each strike (instead of remove its strength).

We’re in post-production on AK.

Want more details? I send out monthly updates so you can follow along. Sign up here for free emails: http://eepurl.com/TVdb5.