I’ll be at Alice Fest on March 8th 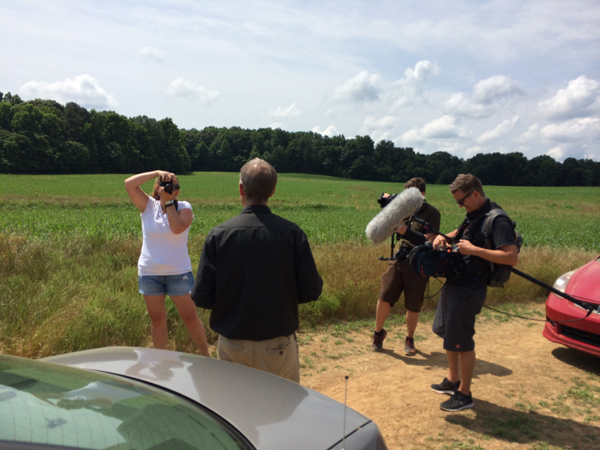 The fourth annual film festival known as Alice Fest is happening in the Full Frame Theater in downtown Durham on Sunday, March 8th. I’ll be there showing footage from Brewconomy, and chatting with my fellow filmmakers about their work. I hope you’ll join us!

Behind-the-scenes photo from our Brewconomy shoot at Farm Boy Farms in June 2014. Photo by Shane Johnston.

I screened Trophy and Landfill Dogs: Behind The Scenes at Alice Fest last year. I helped promote the festival with founder Vivian Bowman-Edwards on WUNC’s The State of Things last year as well. (Read all about it here.) This festival is also where I first watched A Chef’s Life before it was picked up by PBS. But one of my favorite things about the festival is being in a room with my fellow filmmakers and the people that support them.

My region is so rich with talent. It’s lovely to be at an event that supports female filmmakers, specifically, because we don’t often have the opportunity to gather and celebrate one another. I cherish it so much. 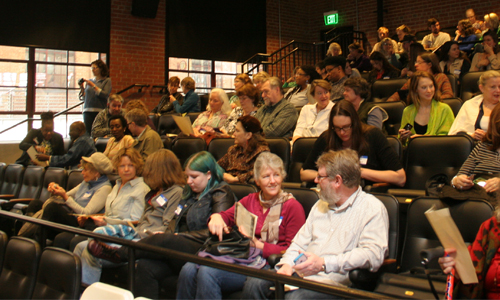 As we hear so often in the media, Hollywood has a huge diversity problem. We are confronted with this challenge repeatedly but few focus on the solutions. But there are many people — men and women a like — who are supporting things that help resolve the diversity problem and bridge the gender gap.

I appreciate action that solves a challenge, instead of endlessly pointing out the problem. As a result, I find that events like this one — which celebrate women in front of and behind the camera — will help our industry continue to evolve. Action like this is the way in which we find the solutions.

There are so many talented people doing incredible work. I can’t wait to see what will screen at Alice Fest this year. I hope you’ll be there to cheer these brave filmmakers on, and ask questions about their artistic journey.

Here’s more about the fest from the founder:

This year’s theme is women’s stories from around the world and around the corner.  We’ll feature work by filmmakers from Mexico, France, China, U.K. and from Idaho, California, New York as well as local filmmakers from Durham, Raleigh, Elon and Rocky Mount.

Doors open at 1:30 p.m.  Films begin at 2:00 p.m. and end 5:00 p.m.   Admission is free but reservations are required prior to the event due to limited space. RSVP to infoAliceFest @ gmail.com and we’ll save a seat for you.  We expect a full house.

ALICE FEST welcomes short films or clips from works-in-progress (less than 10 minutes including title and end credits) made by women.  Preference is given to films which focus on women as leaders and agents of change or highlight women’s history.  ALICE FEST accepts short documentary films, experimental films, animation, multimedia projects, trailers and documentary works-in-progress.   While our emphasis is on documentary films, we do consider short narrative/fiction films which feature women as the main character.

Send your name, contact info and a link to your film or trailer to: infoAliceFest @gmail.com  Include a short bio, a brief description of your film and a still photo from your film with your submission. There is no submission fee.

We accept submissions on a rolling basis but the final deadline for the March 2015 festival is February 9, 2015. Filmmakers will be notified no later than February 15, 2015.

QUESTIONS?  Contact us at: infoAliceFest @ gmail.com. More information at alicefest.org

To volunteer or for more information about how you can support or be a part of ALICE FEST, send an email to:  infoALICEFEST @ gmail.com.

ALICE FEST is produced by founder/director Vivian Bowman-Edwards.  Co-sponsors/supporters include the Center for Documentary Studies at Duke University in Durham, N.C., and the Southern Documentary Fund.